What is user story?

Have you ever had to transform an abstract requirement into implemented, tested, and production-ready code? Then you need a way to describe the requirement so that any person – a businessman, analyst, developer, and tester – has a general idea of ​​the scale of the work.

User Story is a short statement of intent that describes something the system should do for the user. 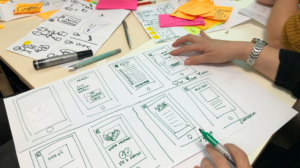 Despite the fact that User Stories play a huge role that previously belonged to requirements specifications, use cases, etc., they still differ in a number of subtle but critical nuances:

So what’s the bottom line?

User story is the result of communication between business representatives, business analysts, testers and developers and equally determines how different project participants should interact with each other, and what the results of the development process should be.

SOC: what is it and why is it needed?