According to the International Data Corporation (IDC), in the third quarter of 2018, the revenue of companies that supply IT infrastructure products for cloud environments for the first time exceeded the revenue from sales of traditional IT infrastructure. Let’s find out why it is so.

The figures speak for themselves

In the third quarter of 2018, vendors of cloud infrastructure equipment made a profit of $ 16.8 million, while suppliers of traditional infrastructure – 16.2 million dollars. The percentages applied are as follows: 50.9% and 49.1%. The IDC also noted that the demand for cloud infrastructure will significantly increase and  up to 2022 the figure is likely to grow to 57.6% .

As new data centers appear and the infrastructure in functioning data centers is being updated, the revenue of cloud vendors increases. This is not surprising, as cloud services are gaining great popularity around the world. The results of research conducted by the Synergy Research Group prove that in 2018, the costs of global companies in cloud technologies grew by 22%, while for traditional solutions – decreased by 4%. 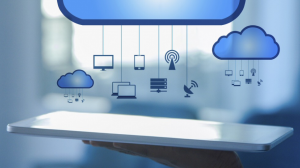 Why the cloud is so popular?

According to experts, the use of cloud services in business provides such major advantages as the speed of IT service development and ease of scaling. Thanks to cloud technologies, companies can quickly offer their customers new services. For example, when the developers of the well-known  “American Airlines” company moved their site to the cloud, the company reduced the time spent on developing an option to redirect the flight in case it was canceled and giving new air tickets to passengers.

The cloud infrastructure scaling in its turn allows organizations not only to save money (up to 80%!), but also to increase or decrease the number of computing resources consumed in the cloud in a short time. For example, thanks to the cloud, the developers of the car-sharing service BelkaCar can adapt to changing conditions caused by the periodic load on the company’s applications and connect other service instances within 24 hours.

Moreover, small companies and start-ups also benefit from the cloud infrastructure. According to the journalists, the cloud allows the enterprise to experience new functions and experiment with new products. And from the financial point of view, it is also quite profitable.

The hybrid cloud is predicted to become a real cloud trend. IT communities are currently working on the implementation of services that can facilitate work with multi-cloud systems. It is worth mentioning such well-known IT companies as Dell and IBM, which in the future strive to develop containerization technologies. The vendors of public cloud services also follow this way. For example, Oracle company recently introduced the Cloud Native framework, that is designed for deploying applications in a public cloud, as well as in local and hybrid cloud environments. It provides developers with a wide range of cloud-native services and local software.

… companies won’t completely refuse from the traditional infrastructure. However, avoiding hybrid solutions is not an option, as  their popularity is growing every year. It is predicted that by 2020, 83% of all workloads will run in the cloud. Also, certain approaches to  IT system development will be improved. Specialists in this field emphasize that one day, an Infrastructure as Code technology will become popular, which will allow organizations to work with infrastructure as a code, correct detected errors and add new functionality.

Touch the Future: how to build an innovative IT-infrastructure

How to Protect IT Business and IT Products: Advice from CEO of IDL